Vodafone and Blue Reach, the wireless subsidiary of CallPlus, have traded blocks of spectrum in the 2.5GHz spectrum band. The trade will allow both carriers to operate Long Term Evolution (LTE) networks using standard frequencies supported by hundreds of phones and broadband access devices on the market today.

Although not yet announced or reported by either company, the swap was recently registered in the Ministry of Economic Development’s SMART database, with commencement of the change 30 May 2012. Just nine days before this license change, NZTelco commented on unusual activity in Vodafone’s 2.5GHz spectrum band, and speculated on what Vodafone might be doing. A spectrum swap was not foreseen or discussed.

Prior to the spectrum swap, Vodafone and CallPlus each held single blocks of spectrum suitable for use with Time Division Duplex (TDD) WiMAX or LTE band 41, a recently ratified band for which no base stations or mass market devices are yet produced. CallPlus had been operating a WiMAX network using their spectrum in Auckland, and Vodafone had not used their spectrum for anything. The diagrams below show a “before and after” picture of the 2.3 & 2.5GHz spectrum bands and how they were affected.

Since the swap, both providers now have 15MHz pairs in LTE Band 7, a key band for offloading data traffic in congested urban environments. The utility of such spectrum is immense, especially to Vodafone, who have a higher user to deployed capacity ratio than either Telecom or 2Degrees Mobile. 2.5GHz spectrum has very small cell sizes, high capacity, and high potential for re-use. It is likely to be used in the most crowded of locations to take pressure off of Vodafone’s network in areas of peak demand.

The alignment of the spectrum with an internationally supported band is also important. The map below shows countries where LTE Band 7 networks are active today. With a 2.5GHz LTE network Vodafone could offer lucrative LTE data roaming services to users from these countries. 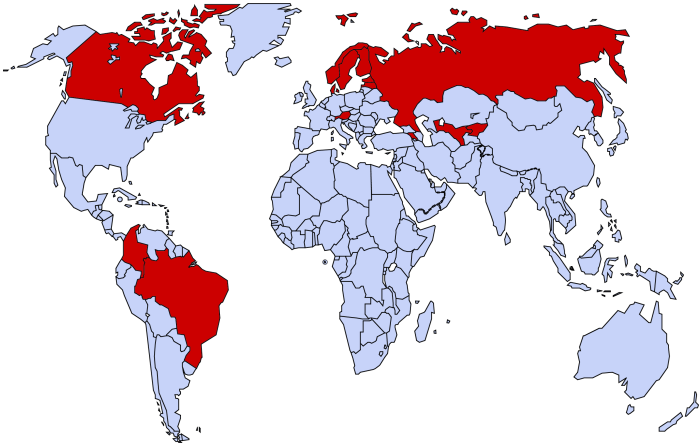 Band 7 is likely to be the most common band for in-home and in-office LTE Femtocells, and is today the best choice for providing LTE to crowded locations like train stations, conference rooms, and sports stadiums. Vodafone’s spectrum swap with CallPlus can only mean good things for its customers.